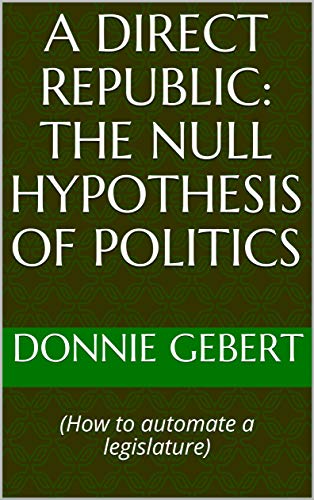 Like the Matrix, you cannot be told about a 3-hour conversation with Donnie Gebert; you must hear it for yourself. But here’s the blurb from his book: “All members of a direct republic sign…the constitution/social contract. This contract states you will not engage in murder, rape, theft, and basic crimes against humanity. Once signed, the individual becomes their own representative and places social contributions directly into the funding pools for the social projects they approve of.”

(NOTE: Murphy erroneously describes Gebert as an “intelligence officer” in the introductory remarks, but in fact Gebert was a sergeant. The mistake was Murphy’s, not due to Gebert.)